S.M.A.S.H. happened last Saturday in the Barbican Library. Three panels. Twelve guests. One hundred and twenty four people. Not enough chairs. It was great. (And – hey – don’t just take my word for it – The Hot-Doll Pages wrote cool things, Adam Englebright thought it was great and SILENCE! had a great time too).

Those of you who were there will know that at the start of each panel the guests opened with a short pitch sharing their thoughts and feelings on the subject in question. The written versions were not intended to be shared as such (one of them described their pitch as “a total braindump as opposed to any kind of organized thing” which I’m guessing is the feeling across the board) but having asked them all very nicely – and all of them being kind and gracious enough to say yes (thanks guys!): I thought it would be cool to share the stuff they wrote with the rest of you.

So here you go. Enjoy!

What is the best way for comics to communicate meaning? Is meaning put there by the creators or by the readers? Can comics mean anything to anyone? Are the best comics the ones where the meaning is tightly controlled or where you’re free to create your own meaning? Is the best comic ever a blank piece of paper? 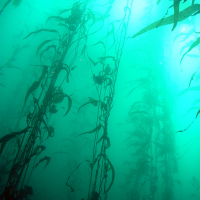 All comics show us a sequence of images (often combined with text) and ask us to make sense of them.

To do this, we have to decode the images on the page (as single static pieces of art), and also fill in the blanks between them so we can piece together their larger structure.

Different creators and creative teams approach the page in very different ways. Some creators expect more from us as readers than others.

Both creators and readers are complicit in the reading process. The creator must make their work as free from distracting clunky technique as possible, and the reader must simply offer their attention.

Learning the language of comics is necessary, whether you’re reading or creating, to make the most effective use and sense of that language.

It’s difficult to judge what might be considered “best”. Things don’t have to be complex to be good. Sometimes the simplest statements are the most effective.

As readers, all we can do is draw on our personal, current knowledge of the language of comics as we read, and then see whether the work makes us excited, bored, curious, happy, or what have you. The more we read, the more fluent we will be in that language.

The Moon / Ba brothers have talked about a fan who described their favourite moment in one of their comics – but it was a moment that the brothers had never drawn. It happened off-camera, between panels. And this delighted the brothers. Their world had become so real for the reader, that it went far beyond the page itself, embedding itself in the reader’s memory as though it was their own (this is what Scott McCloud refers to as “closure”).

We all bring our own associations to the page, but the most powerful reading experiences are often those we have been able to incorporate seamlessly into our own personal experience. 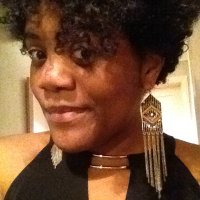 
What is the best way for comics to communicate meaning?
This is enormously dependent on the reader—what is the best way for comics to communicate meaning to whom? Communication works based on mutual understanding, so there’s a presumed audience in mind, whether it’s your best friend or readers with different ways of understanding things. I’m specific about that because I still remember attending a panel at Nine Worlds on silent comics where a mother expressed that her child might have difficulty understanding silent comics because he can’t understand emotions based solely on facial expressions. What will work for me is not necessarily going to work for this kid.
Is meaning put there by the creators or by the readers?
Death of the author all the way. Once it’s out in the world, it’s out of your hands. You can do your best to communicate the meaning that you intended, but naturally you’re going to fall short—or readers will find things in your work that you didn’t mean to find!
Can comics mean anything to anyone?
In short: yes. I don’t believe in limiting meaning or interpretation. I might not personally buy into someone’s argument or rationale for a given interpretation or meaning, but comics can be anything to anybody. I’d even partially argue that art is incomplete until it is met with by an individual who can contextualize that art in their own experience or understanding. If a tree falls in the woods, etc.
Are the best comics the ones where the meaning is tightly controlled or where you’re free to create your own meaning?
If we’re talking about best in terms of, things I like—to be real, it depends. And funnily enough, it actually depends on what I think that tight control versus that open interpretation means. I’m assuming tightly controlled here means nothing is left open to interpretation—character A is definitely dead—versus it’s whatever the reader thinks—character A might be dead or they might not be. My take is usually that creators should have a damn good reason for leaving things open—it shouldmean something that we don’t know. There should be a reason why you aren’t saying for sure and (to me) it shouldn’t just be you yourself don’t know. It’s the difference between an ambiguous death in case you want that character back for the next arc and an ambiguous death because of what it says about the possible victim or someone else.
Is the best comic ever a blank piece of paper?
God, no. I’m not bright enough for modern art. Help me out. Please.  But specifically—I think the best comics hit the sweet spot between making you work for the meaning and giving you a helping hand. That’s kind of a cop out but that’s kind of the magic of the comics medium. Si Spurrier gives a great talk about this if you’re interested. It might be recorded somewhere, but you should ask him about it if you’ve got him at the pub at some point. 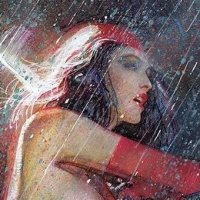 What is the best way for comics to communicate meaning?

Depends on what meaning they’re trying to convey. Are they going for something sublime or deeply emotional? Art with few or no words may be best. Are they trying to portray character development? Then we could use dialogue or narration, with illustrative physicality. More generally, I’d go with the old writing maxim of “show, don’t tell” (particularly since this is a visual medium); slumped shoulders + somber colors may be all we need to discern a character’s mental state. We don’t need a giant narration box, exaggerated sad face, or Claremontese.

Is meaning put there by the creators or the readers?

Both; creators usually intend to convey certain meanings when creating a comic, and if they are skilled and careful much of that meaning will likely come across. But once readers apply their own experiences and biases to their interpretations of a comic, the creators cede authority over meaning to them. It’s the nature of creating a product for public consumption — the final product is over to the consumers, who are free to use the product however they wish (within the bounds of legality etc). And in the case of comics, “use” includes constructing meaning.

Can comics mean anything to anyone?

Technically yes, in the sense that most combinations of signs, symbols and images are open to infinite interpretations, but there will often be a general consensus around the meanings that images/art, dialogue, narration and the combination of these factors convey. When faced with a panel like this one, most readers will probably agree — despite not seeing the point of physical contact and the 2-D medium of comics — that Batman has punched the Joker and that the Joker is falling forward towards the readers.

However, if we’re talking about meaning in terms of greater personal and collective significance (as in “meaningful”), people can glean divergent meanings from the same comic, sometimes wildly so. A panel like this, with a Fu-Manchu-esque Yellow Peril villain mentioning “koroshi knives”, may come across as innocuous to non-Asian readers, or as general racism. To an Asian reader like myself, the panel is specifically alienating, as the combination of visual and verbal elements conflates different Asian cultural identities into a monolithic figure of evil.

…is that just a longer way of saying it depends on the reader?

Are the best comics the ones where the art is tightly controlled or where you’re free to create your own meaning?

Somewhere in the middle. I like having room to breathe, but my aesthetic is more towards comics where the art is more obviously controlled, with clear action. Even in comics that ostensibly leave the reader free to create their own meaning, though, the art can be very precise; Farel Dalrymple’s art, for instance, has a really dreamlike aesthetic but the overall quality of the linework, color, etc looks highly planned and thus controlled.

Is the best comic ever a blank piece of paper?

A blank piece of paper can’t be a comic. Comics are art in a narrative form, and a blank page bears no narrative. It would be like asking someone to construct a story from pure silence. The blank page can’t be the best comic, because it takes no risks. 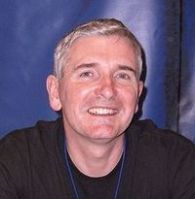 There was an era when literary criticism was haunted by the idea that texts have a final, definitive meaning that can somehow be retrieved or resurrected through criticism.  Some of you may have overlapped with that era, a little, but it was mostly before our time. It was petering out noisily in the years immediately after the second world war.

Since then, a new academic discipline of semiotics has sprung up, devoted to the study of how meaning – signification – actually happens. Most people writing in this new discipline ditched the idea of definitive meaning very early on, because the process they were looking at clearly had no limits, no edges, no beginning and end points. When you read a text, it sparks associations in your mind. You identify the dictionary definitions of the words, but that’s only one strand among many. The rest is all the ideas and emotions stirred up in your head as you read. The writer can’t know about those and can’t control them.
With comics, that already complex chain has a few more links to it. The penciller, inker, colourist and letterer have overlaid their meanings, their ideas of the story, on those of the writer. Again, the writer can specify but he can’t control. Even if he’s Alan Moore.
None of this is controversial, I’m assuming. But let me throw out a further thought. At the reader’s end of the equation, meanings continue to change. Heraclitus said you can’t stand in the same river twice, and in the same way you can’t read the same story twice, the same comic twice. You’ve changed in between the readings. If nothing else, you’ve already got associations to the text that you didn’t have when you read it fresh. It will be different now. Some pleasures – pleasures based on surprise, on bait and switch – will be gone. Some – anticipation of what you know is coming – will be added.
Meaning has no shape, because minds have no shape. It is defined only by you, and it defines you in return. 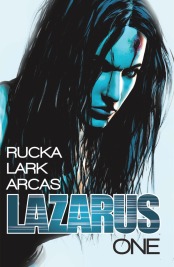 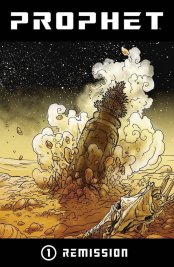 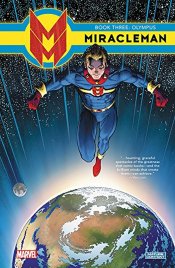 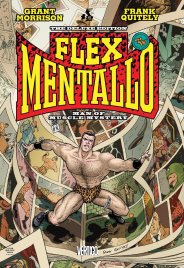 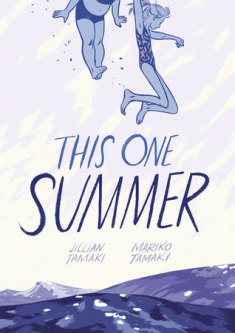 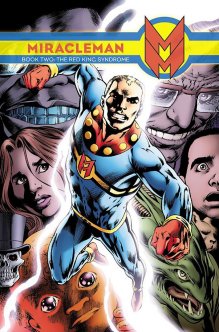 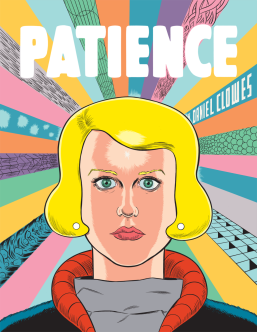 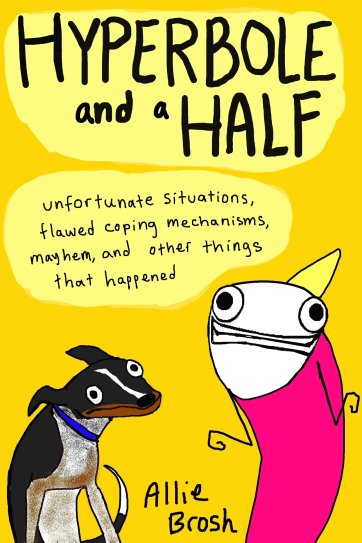 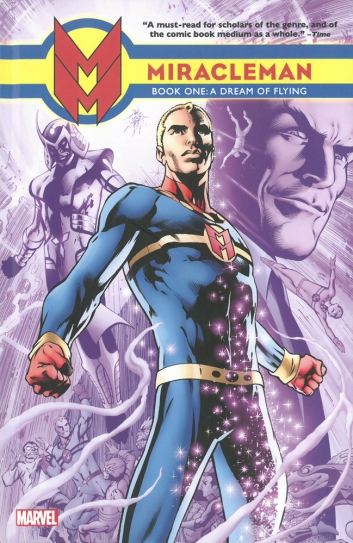 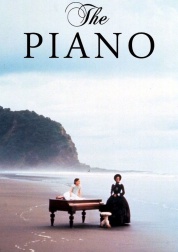 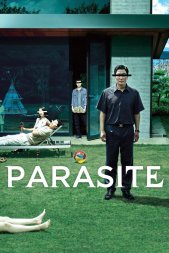 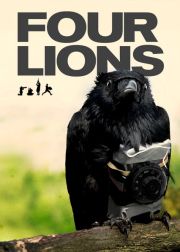 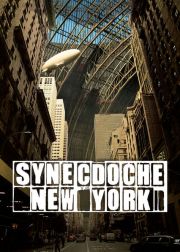 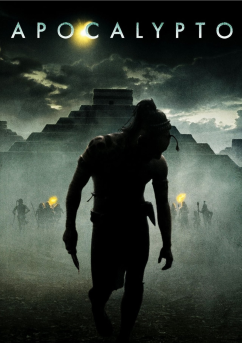 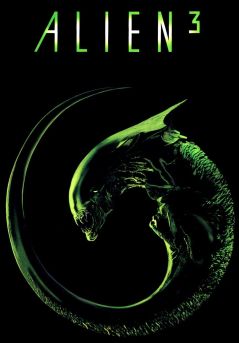 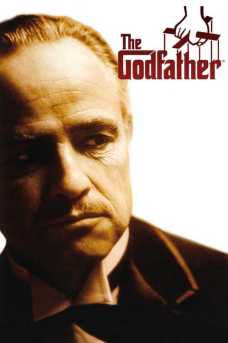 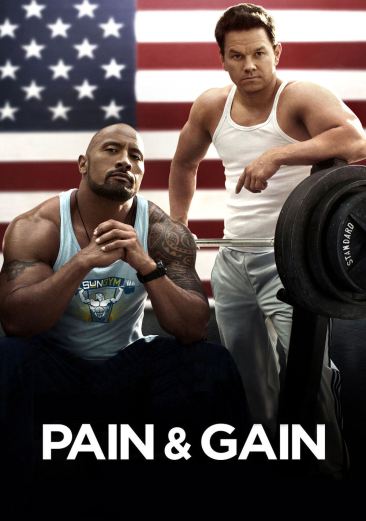 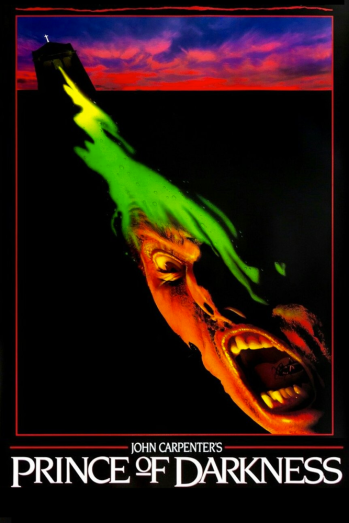