When it comes to fiction I think not knowing is better.

There’s a line that I think is from Quentin Tarantino (?) that I can’t find now (oh well it’s been a long day) that says something like the trick of making a good story is to make a really good sandwich – and then only give the audience half of it. I’m not sure I can put it better than that – because basically yes. It’s just about always leaving people wanting more – but it’s also about creating a space for your imagination to fill out the blanks or to put another way maybe: there’s way more cool movie trailers than actual movies you know?
Always leave people wanting more.
Except – oh dear – that’s not the world we live in is it? I mean yeah shit – half of me wants to blame capitalism and how if there’s a profit to be made then who are we to resist? (My prediction for 2017: The Smiths will get back together). Which is why we’re now living in a world of constant Star Wars films (hooray) and various artists of all strips with legacies that they just can’t leave alone.
The other half of me wants to blame humans. Because – well: I mean adoration is nice isn’t it? And shoot: if the audience is screaming for you to do an encore – then why not? What’s the harm? Why not return to the scene of your greatest triumph and both cash in and reap the accolades? It’s like if someone told you that there’s a room in your house full of ice-cream and applause. I mean – shit – how long could you resist going in – just for a looksie?
Which I guess brings us to – Sandman: Overture.
I mean – just to get the complete obvious out the way first: yes this book is totally fucking gorgeous. Reading it feels like having your eyeballs dipped in gold and rolled around in diamonds. Because as every fool know – J. H. Williams III is the ten michelin star comic artist extraordinaire. The Ferrari crossed with a Lexus crossed with a Rolls Royce – dipped in a vat of a caviar and served on luxury toast. He’s good. He draw good. It good. All good. Very good.
Altho the question is – is that enough? Can the splendor of the images be enough to keep you satisfied? I mean – part of me thinks yes. I was at my sister’s house last night and she had the TV on (which normally I don’t watch) and she had it tuned to the National Television Awards I was all just wow. I mean – I don’t know what they did with the contrast and the lights and stuff: but seeing how it was basically just a bunch of fevered egos in dresses and suits all sitting together in a room in England – it looked incredibly lavish and expensive. Like the pictures where being beamed from Mount Olympus and it was Zeus and Apollo hanging out and being chummy instead of – I don’t know – Merry Berry and Dermort O’Leery.
Point is: I wasn’t really a fan of what was happening: but my eyes still had their tongues hanging out because it all looked so very very much nice.
And oh yeah – come on. Cards all on the table – the start of all this – the London Graphic Novel Network and this here Book Club all began with The Sandman. The first ever book we talked about was Preludes & Nocturnes and we worked our way through the whole thing all the way to The Wake. So yeah: I mean – it didn’t really seem like an option not to talk about Overture because well – you wanna complete the set right? Gotta catch them all. But to tell you the truth – I mean: having read it the once I think I’d rather ignore that it existed you know? Because well – it’s in crowd-pleasing attempts to fill in the gaps and bring back all your fan-favourite characters (ooooh! Look! Teeth-for-eyes guy!) and adding a few new surprises (the Endless one’s have a mum and a dad? That’s erm – kind of a let down actually…) it all just feels like…. less.
The other half of the sandwich you know? That just kinda made me feel – actually you know what? I think I preferred it when I didn’t know.
(Also (is it just me?) but it actually felt less like a Neil Gaiman book and more like something written by Russell T Davies back when he did Doctor Who. You know – time loops / universe ending / everyone getting together on some big invisible ship or whatever – I dunno).
But then – I do feel a bit bad for Neil Gaiman: because well yeah – to borrow a phrase from Spock: I think comics are his first best destiny and anything else he does – well: I don’t know. Just doesn’t work so good. I just wish that instead of going all none-stop epic blockbuster with Overture he’d gone for something a bit more sedate and normal. Like: just set it all in a shop or something like Clerks. Instead of going full out epic bombast (but then maybe that’s the problem with having J. H. Williams III on side. I mean if you’ve got someone who can draw everything and make it look all J. H. Williams III-like: the sky is just the starting point).
But erm yeah – hopefully that’s enough to be getting on with… So I’ll stop there for now (because well yeah: like I said – knowing when to stop is important).
What did you think?

So the Silence podcast peeps refer to Gaiman rather disparagingly as ‘The Dream Squeezer’ and, yeah, this book probably didn’t need to exist but considering that DC likes to squeeze money out of all it’s old properties at least we can say that Overture isn’t quite the naked ‘never-mind-the-quality-here’s-the-bollocks’ bullshit that was ‘Dark Knight Strikes Again’ or ‘Before Watchmen’. Even when he’s got little to say Gaiman can usually be relied on to say it beautifully, with the exception of that terrible Cybermen story for Doctor Who or embaressing stories about how lovely his wife is (the latter is in ‘Trigger Warnings’ and is awful). There are a number of things about this that I find irritating, the fact that Morpheus has parents (Night and Time, when in Greek mythology it’s Night and some ‘essence of darkness spirit’ thing, according to Wikipedia) and yet they don’t get mentioned ever again (You’d think it would come up at The Wake for example). The Wake is actually a good example of Gaiman making the Endless more mysterious after revealing so much about them. I’m a cat person but I find ‘Dream of a Thousand Cats’ annoying in the context of even the rarefied continuity of The Sandman (how does this tie in with anything outside of that issue, or Lucifer for example? Was he initially getting a load of bad kitty souls to torment when he first opened hell? So I’m less than thrilled that it’s used to fix the problem of this story. And as for the multiple Morpheus’ at the end of issue one which are not explained and promptly disappear at the start of issue 2, are they seperate to the Morpheus that is imprisoned in the very first issue way back when? That would suggest they are all one and the same, as the Dreaming falls apart while Morpheus is in prison. The start of ‘Season of Mists’ suggests they are seperate as Morpheus says another aspect would take over if he dies in Hell. Then in ‘The Kindly Ones’ we have Daniel getting the big chair. So I suppose Gaiman has never made a firm decision on the issue either.

But in terms of what I did like, despite what I’ve just said about unnecessary continuity I did like that it set up The Dolls House. I’ve always liked The Corinthian so his cameo, while unnecessary, was enjoyable. As ever, J.H.Williams’ artwork is amazing and could make even a Rob Leifeld script about how Shatterstar is manly and definitely not gay a delight to read. So yeah, a must-read? Nah, but fun at the same time. 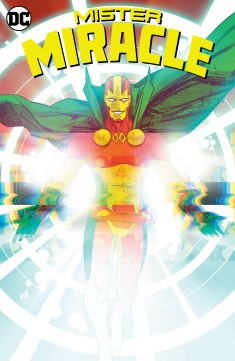 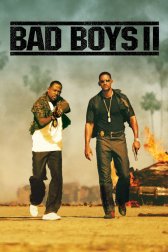 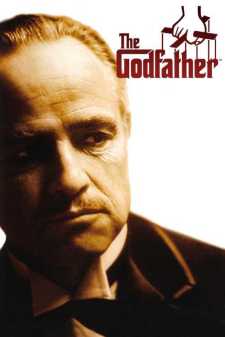